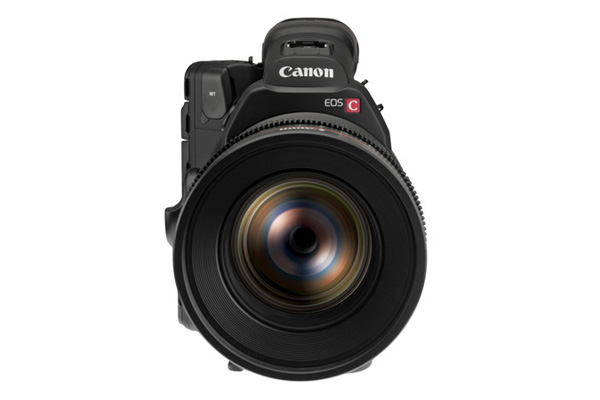 Earlier this year Canon announced they would be adding One-shot autofocus to the C300 EF mount version via firmware. Today they delivered on their promise with firmware version 1.1.0.1.00 and added a raft of extra functions as well. The AF is similar to the original C100, but not the same as the speedier Dual Pixel AF CMOS that you get with the paid C100 upgrade that will be available soon. Continuous AF is possible when using one of the newer STM lenses.

Other improvements for the C300 EF and PL versions include the ability to move the magnified focus area around the LCD screen when checking focus. There is also the ability to record 1440×1080/35Mbps in camera for users that are working for clients who need this lower resolution. The camera gets a new 80,000 ISO setting which improves on available options for a camera that was already one of the best in low light. A wide DR gamma option has also been added.

There is also a new version 1.3.2 of Canon’s XF Utility that can correctly show metadata of clips shot in the new Wide DR mode.

EOS C300 Cinema EOS Camera & EOS C300 PL Cinema EOS Camera
1. Ability to move the magnification viewing area around the LCD using the MAGN Function.
2. Support for a 1440×1080/35Mbps recording mode.
3. ISO up to 80,000 has been added.
4. Added functionality to support the optional Canon GPS Receiver GP-E1.
5. A Key Lock menu setting has been added which now makes it possible to lock all operations, including the START/STOP button.
6. Using the optional Canon WFT-E6 Wireless File Transmitter, the camera’s remote-control application allows two users to access the same unit via a Wi-Fi® link providing simultaneous camera operation and control and metadata input simultaneously.
7. [Lens Exchange] and [ND+/ND-] have been added as functions that can be allocated to any assignable button.
8. A new Wide DR gamma setting provides an expanded dynamic range of 800%.
9. Flicker Reduction has been improved.

EOS C300 Cinema EOS Camera only
10. Provides Push Auto Iris and One-Shot AF operation.
11. A new AE Shift function and the selection of various light-metering modes are now available when used with some Canon Cinema lenses (EF mount) and Canon EF Lenses.
12. Ability to assign the two control dials to operate either Iris or ISO sensitivity independently.
13. Peripheral Illumination Correction Data has been added for seven (7) Canon Cinema lenses (EF mount) and fifteen (15) Canon EF Lenses.
14. A function has been added to enable continuous focus and iris setting on a subject in the middle of the screen when one of the two EF STM lenses** is attached.
**[EF-S18-135mm f/3.5-5.6 IS STM], [EF-S18-55mm f/3.5-5.6 IS STM].