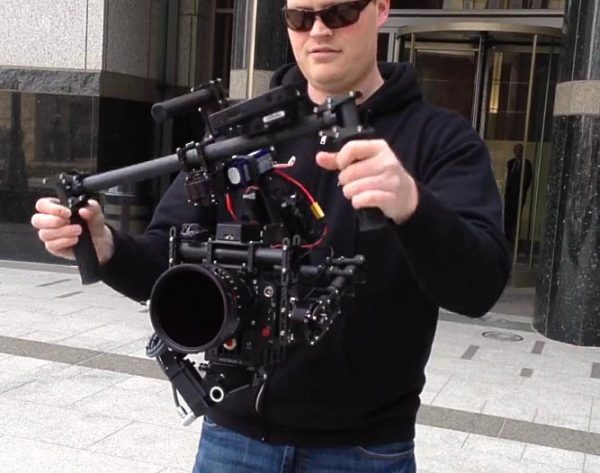 Vincent Laforet has been teasing the filmmaking community this week with talk of a ‘Game Changing’ device. Tonight he revealed exactly what it is on his blog.

The MōVI from Freefly Systems is essentially a lightweight digital stabilised rig that makes the camera appear to fly in much the same way as a conventional Steadicam – but without some of the restrictions. To shoot using shallow depth of field is going to require remote focus control and some nifty focussing by a trained camera assistant, but as you can see the results are very impressive.

MōVI from Vincent Laforet on Vimeo.

While many of the shots could be done with a Steadicam there are some that would seem impossible to achieve any other way. Also particularly impressive are the helicopter shots which seem to rival those from far more expensive systems.

For much more detail from Vincent himself please head over to his blog here.

We hope to check these out at NAB along with all the other new toys.

MōVI in Action (Quick Video) from Vincent Laforet on Vimeo.