One Day on Earth Participant Trailer from One Day On Earth on Vimeo.

On October 10th, 2010 the records of filmmaking history will have a note called “One Day on Earth”. The United Nations, over 70 nonprofits from around the world, and thousands of filmmakers have teamed up with ‘One Day on Earth’  to film in EVERY country in the world in 24-hours on  10/10/10.

The project, which started in 2008, created an online community to accomplish this global task: www.OneDayOnEarth.org 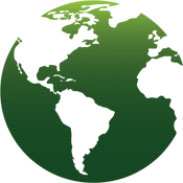 They have asked filmmakers, students, humanitarian workers, and inspired individuals to take part in creating a shared archive of video. While the archive will be accessible for all to view, it will be downloadable for those that participate (for non commercial use, with credit). Enabling all who share video to sculpt their own story of One Day on Earth.

The project has gotten unprecedented support from the UN. Filmmakers in areas of low bandwidth who can get their footage to UNDP offices (located in nearly every developing nation) will have their videos safely transported back to the UN Headquarters for pick-up by the One Day on Earth team, which will then upload and share. Vimeo has partnered with the project to provide the necessary bandwidth and promotion to their community.

Many non-profits are asking the growing population of 7000+ filmmakers to help document issues that are important to their cause. With partners like the World Wildlife Fund, Oxfam, 350.org, water.org and the American Red Cross, there is certainly no shortage of inspiration. Additionally, the filmmaker is directly linked to their videos, so the site provides a possible avenue of communication to investigate and learn about the issues being shown — no middle man to what is happening on the ground.

The website is also build for filmmakers to collaborate on topics of interest for the 10/10/10 shoot date. Groups that have started include everyone from expecting mothers who will film their child’s birth (30 soon-to-be mothers from around the world so far!), to underwater photographers swimming with whales.

With the archive, One Day on Earth promises to edit a feature length film representing every country in the world.