Being a freelance cameraman/editor gives me the freedom to accept other interesting projects when not working with the BBC.

When National Geographic approached and asked me to make a film about their “Earth explorer bag collection” I had no doubt that the Canon 7d was the right tool for the job. 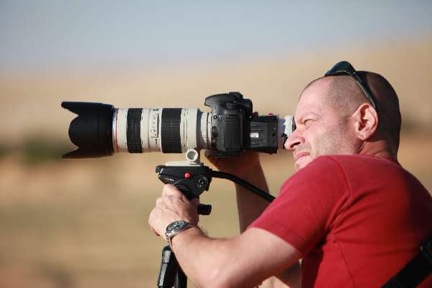 Production notes
The task I got was to produce/direct/film/edit a short film that will be presented in NG megastores, exhibitions and at distributors’ point of sales. The main idea was to try and keep the “NG spirit” although we are talking about a commercial product.

A budget and a very tight timeline for the production were set and my first task was to find a proper filming location. I needed a place that would look like an “international desert”. Furthermore, if I could get a few “desert looks” in one location that did not require long travelling time it would be even better. The other thing I needed was a desert that allowed me easy access to its inhabitants and where the language barrier would not be a problem. The reason is that NG is very strict with its copyright policy. Anybody and anything that moves in the frame must give permission to be filmed and any other brand (in my case Land Rover and Canon) filmed in the video must give permission for their product to be shown in the video.
Last, I needed to shoot in a country that was potentially reliable when dealing with the different service providers and – not forgetting – that would be cost effective too…. 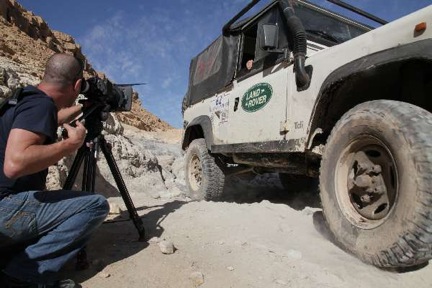 The place I chose to go to was the Negev desert in the south of Israel.
I planned 3 shooting days and knew in advance that days would be short and nights very cold. In order to stay in my budget and timeline there was no way I could go to Israel in advance and do full preproduction preparations so I had to heavily rely on my previous experience when shooting there and I found a great desert guide from a reliable company which could match the places I imagined and wanted to film to the actual locations on the ground. 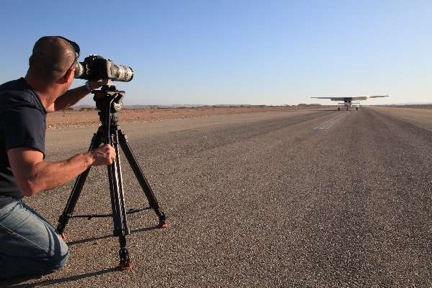 The crew was minimal. On set I had at times 2 people from NG, the desert guide, my two actors and me, doing the shooting…
Using the 7d allowed me to be fast, very light and flexible. 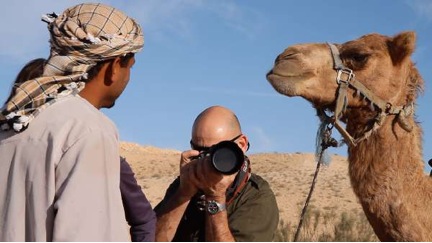 The camera survived through the desert heat, sand and long shooting days without any problems (from previous experience, only when shooting 50 frames per second did I get the overheating problem).

Choosing camera profile
Before starting the project I was looking for a picture profile that would give me “out of the box” warm, nice “desert colors”. Then I came across the “custom 7d picture styles” thread on Cinema 5d. A forum member Sumitagarwal posted some promising profiles. His “Kodachrome” profile looked very interesting.
After adjusting the profile even more for my liking I felt like I had a nice “out of the box” color to start with. When shooting, I was using a combination of graduated ND 0.3/0.6/0.9 filters (Formatt filters) to enhance the beautiful blue skies or, in other shots, darken the shiny brown earth.
Vari-ND came in very useful in other shots when I wanted to keep the aperture wide open in midday strong light using the 70-200mm lens as you can see at 4:14 min of the video.
Setting up the camera LCD brightness to ”manual- step no. 3”, gave me the closest WYSWYG when filming so I felt very comfortable with what I saw in the VF.
Later in editing, I was using Cineform “First light” to slightly colour correct and mostly to match colour differences between the different lenses/ND filters used. 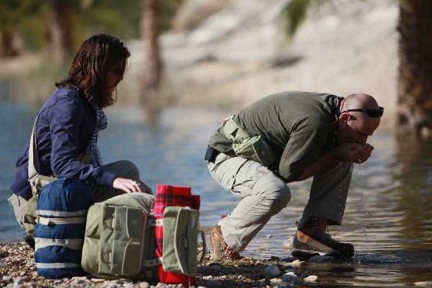 Aerial shots (00:29)
These were done with the Canon 17-55mm lens, stabilizer switched on. It is not easy to shoot when the airplane door is taken off and winds are blowing strongly, yet it was a quick and dirty solution allowing me to achieve some nice usable aerial shots. 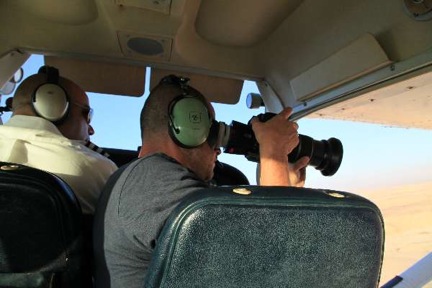 Shooting “documentary style” (1:47)
Most of the Bedouin scene was shot while things were happening without interfering in the situation. The Rode stereo mic was connected directly to the camera capturing sufficient ambient audio (quality-wise) for this type of project. The DVtec multirig was chosen because it was small and could be folded any time, allowing me to store the camera with the rig attached into my Kata bag protecting the camera and lens from heat and sand 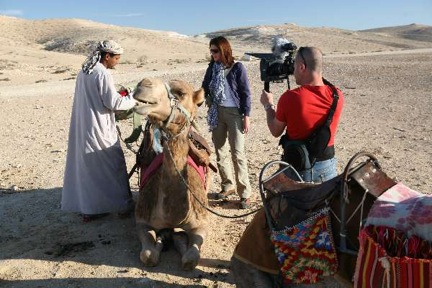 Time-lapse (3:53)
This was my first attempt shooting time-lapse and let me tell you, the actual shooting is extremely boring (looonnng hours) but the final result it worth every minute spent on it. The time-lapse sequence was shot with the Tokina 11-16mm f2.8 lens and JENIS TC-80N3 Remote Switch with Digital Timer for Canon.
You will find many great time-lapse videos and tutorials on-line, but my suggestion is to try it for yourself; it is not difficult at all.

When did the camera perform not so well?
On one occasion we had an amazing minor sandstorm. The sand created horizontal “sand steps”. When attempting to shoot the sand I got terrible moiré and had to give up shooting. 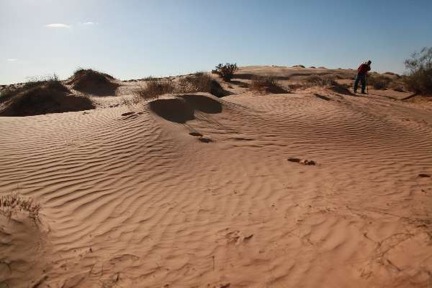 Editing was done on Adobe Premiere CS2
All files were converted before editing to Cineform files using the Prospect 4k plugin.
Slight colour correction and matching colours in scenes was done with Cineform “First light”.

Johnnie Behiri is a BBC freelance cameraman operating from Vienna, Austria.
When not working for the BBC, Johnnie films documentaries, commercials, music videos, and testimonial/marketing videos