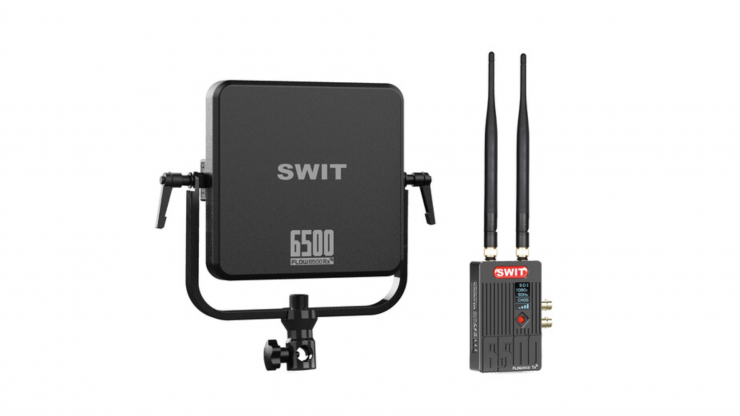 The set includes one transmitter and one receiver and as well as being able to support up to 1080p60 uncompressed video, it features AES-128 encryption, embedded SDI/HDMI stereo audio, and 3G/HD/SD-SDI and HDMI inputs and SDI (BNC) outputs.

The system features robust wall-penetrating transmission. The TX has 1x HDMI Type-A input, 1x SDI (BNC) input, and 1x SDI (BNC) loop output. The RX has one SDI (BNC) output. There are 1″ OLED displays on both THe TX and RX that display channel information and other operating paramaeters.

You can use it with separately available receivers to multicast one transmitter to an unlimited number of receivers. It is also cross-compatible with other FLOW series receivers at their respective operating distances.

As far as power is concerned, the TX and RX both have 7-34 VDC barrel inputs. The TX has an L-Series battery plate, and the RX has a V-Mount battery plate.