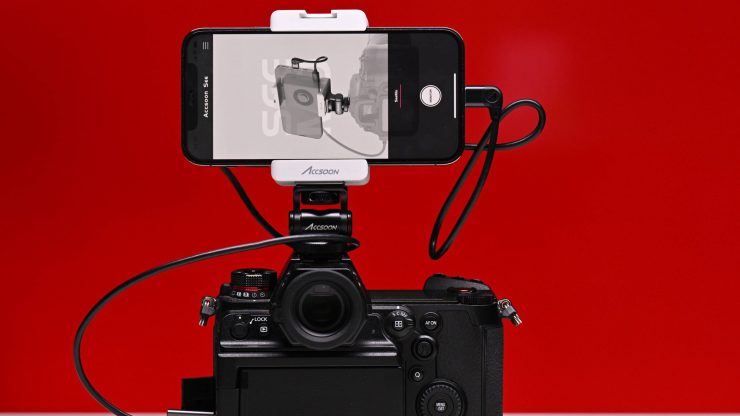 The Accsoon SeeMo has just had its iOS app updated adding in some of the features requested by reviewers and early adopters. The new version of the See app is available in the App Store now for download.

If you are not familiar with the Accsoon SeeMo, it is the world’s first affordable professional MFi-certified HDMI adapter and video capture terminal for iOS that connects via Lightning or USB-C. The small box makes full use of the amazing screens on the later generations of iPhones and iPads by transforming them into high-grade monitors when connecting your camera, or other HD HDMI source via cable.

In addition to monitoring SeeMo can also stream HD video directly to popular streaming platforms like YouTube from your camera. This is without the need for a cumbersome laptop or extra boxes, right from wherever you are using your iOS devices cellular or Wi-Fi connection.
The SeeMo can also record a H.264 HD video direct from your camera to your iPhone or iPad’s camera roll. This makes instant sharing of clips for social media from your camera much easier. You can also use this as a backup to your main footage on your camera, or even use them to edit videos when time is of the essence.

What’s new in the See app?

The position of the main controls has been relocated from the bottom of the display to the top, making setting parameters easier and preventing the possibility of accidentally exiting the app in iOS.

Audio monitoring has also been improved with a new interface and you now have the ability to choose which sound channel you wish to monitor. The Apple device’s internal battery status is now displayed on the screen so you can now keep an eye on it at all times.

In addition, Accsoon has made several minor bug fixes.