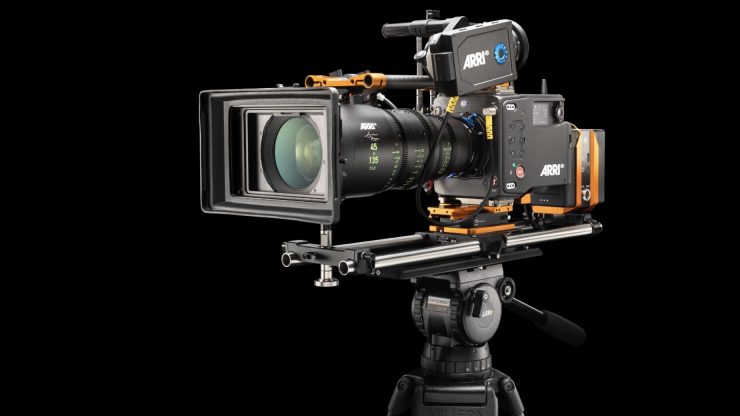 Ignite Digi has a couple of nice new accessories for the ARRI ALEXA 35. While ARRI has a ton of accessories for its latest camera, there will always be circumstances or builds that require something a little different. That’s where companies like Ignite Digi come in.

The ARRI ALEXA 35 is wider and taller than ALEXA Mini and Mini LF and features different M4 bolt spacings. This means that Digi Ignite’s Camera Top Plate A, Camera Top Plate B and Gimbal Mate are not directly compatible.

To solve this issue, Digi Ignite has come up with new slimline adapters that allow you to use your existing Ignite plates and maintain the Quick Mode Change workflow. The new plates are compatible with:

As an added benefit, there are Power Breakout mounts underneath which make for a super clean accessory power solution.

These adapters also allow you to use other dovetail plates you may already have in your kit.

When Ignite Digi recently had hands-on time with ALEXA 35 they uncovered a gimbal-related rigging issue. If you use a combination of a Teradek and ARRI Camera Side Bracket CSB-1R, mounted to ALEXA 35, the camera will not fit inside the gimbal cage of MōVI Pro or Ronin 2 as it is too wide to slide in and out.

This prompted them to make an ultra slimline Side Bracket that solves the issue. With this bracket, the transmitter stays mounted to the camera when you transition from the gimbal to handheld or a tripod.

They have designed this Side Bracket to be positioned as close as possible to the non-operators side of the camera body. With it placed in this position it won’t obstruct air vents or clash with I/O ports, the card door, record button, wifi antennas, or FIZ system. The only caveat is that it will cover up user buttons 7, 8 & 9.

On the plus side, the SDI and power cable exit the Teradek in the optimal direction keeping cables short and tidy, and the antennas can be positioned in multiple configurations.

The Side Bracket mounts with four M4 x 12mm socket head cap screws. IGNITE DIGI supplies eight in total, four to use and four spare. They also include four ¼”-20 x ½” countersunk screws to mount the Teradek.

The SIDE BRACKET FOR TERADEK & ALEXA 35 is compatible with: