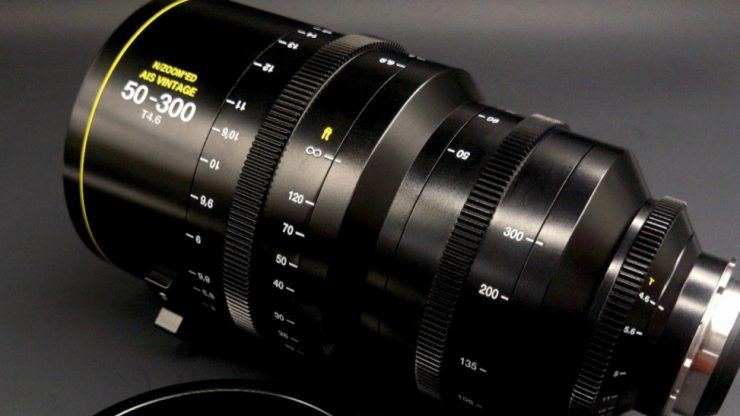 GL Optics who has been rehousing lenses for many years has announced its new NIKKOR 50-300MM T4.6 Zoom.

The lens covers a 43.26 mm image circle so it will work with full frame and larger sensor cameras. GL Optics has improved the close focus ability and fitted a new 15-blade iris.

Yes, it is a fairly heavy lens, but having a 50-300mm range at a constant T4.6 makes it very versatile as well.