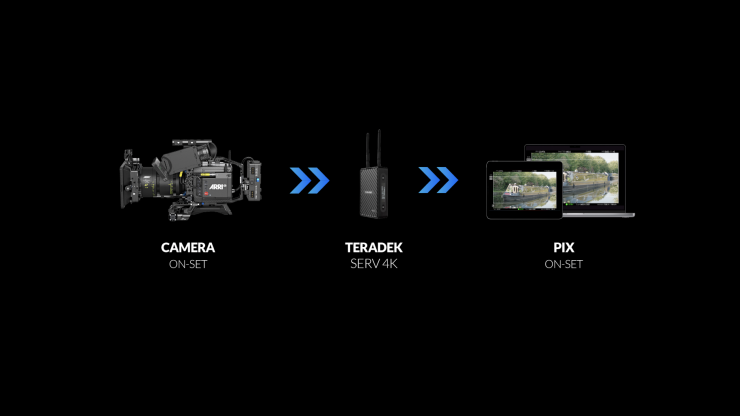 The partnership integrates the Teradek Serv 4K, Serv Micro, and Prism Flex, which capture color-accurate H.264/H.265 proxy files that upload directly to PIX for immediate review and comment. All notes, media, and metadata are synchronized and securely shared beyond the set, whether editorial or post or to a key decision-maker halfway around the world.

If you are not familiar with PIX, they are owned by the parent corporation X2X which also happens to own Codex.

PIX is a media asset management platform, delivering industry-leading service for secure asset review and approval, with powerful collaboration throughout the end-to-end production pipeline process of media creation, on a global scale.

They may not have gotten as much attention as platforms such as Frame.io, but PIX currently connects over 300,000+ industry professionals in all the major studios, as well as leading content makers around the world. Over 13,000+ film and TV projects have used the system to collaborate more effectively.

Through its patented secure global delivery network, PIX allows worldwide access via any device. Nothing is lost in translation because there is no translation, everyone is looking at the same thing. PIX also extends well beyond the actual set. Every aspect of production, from scripts to storyboards, stills to SFX, can benefit.

It is good to see some competition in this space and looks like an interesting collaboration with Teradek.