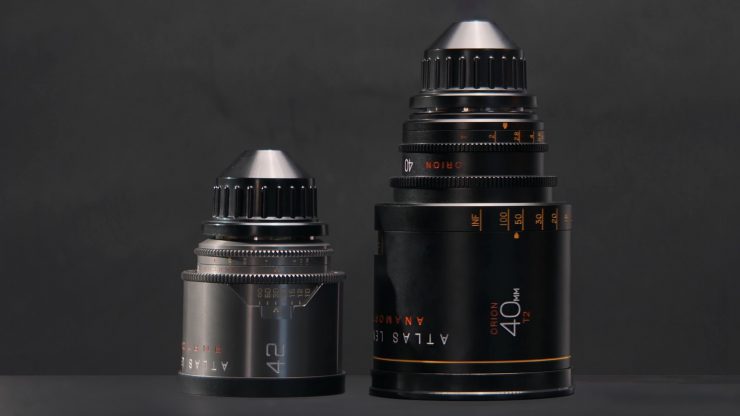 Atlas Lens Co. has a “Build Your Atlas Set” Promotion in November where you can save thousands of dollars on Atlas Orion Series Lenses.

Through the month of November, you can build your perfect Atlas anamorphic set. ⁠With every Mercury Series pre-order, you’ll receive $3000 USD off individual Orion Series lenses.⁠

This is a fantastic deal and if you put a deposit down for a three-lens Mercury set, you could then buy three Orion Lenses and save a total of $9,000 USD.

If you want to find out more about the Mercury series lenses you can listen to a 20-minute conversation I had with founders Dan Kanes, CEO, and Forrest Schultz, President and lead designer.

This deal is valid on all individual Orion Series lenses for all new and current Mercury preorder holders through November 30, 2022.

Financing options are available for eligible customers in North America.

The fine print: If you choose to take advantage of this special discounted pricing on the Orions, your Mercury lens preorder deposit will no longer be refundable. Offer excludes Orion 21mm, 25mm, Orion Silver Editions, and all other lens accessories.

In other news, a trailer for the new series “Taurus,” which was captured by John Brawley ACS with the ALEXA Mini and Atlas Orion SE lenses has been released. The meta-music drama will premiere in theaters and on-demand on November 18.

Above you can see some footage captured with the Mercury Series lenses.