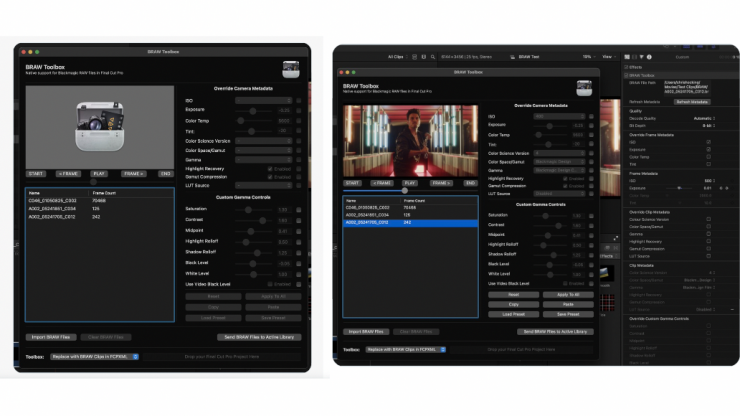 Chris Hocking who goes by @chrisatlatenite on Twitter has put up a very interesting post that I think a lot of people will be interested in.

According to Chris, he got bored waiting for Apple or Blackmagic to add BRAW support for Final Cut Pro, so he built something himself. BRAW Toolbox will be released later this year which will allow users to import BRAW files natively into Final Cut Pro with audio and full metadata.

BRAW Toolbox will allow you to read BRAW files directly and manipulate the RAW metadata from the inspector.

Chris is hoping to have a private beta build of BRAW Toolbox on TestFlight next month. There is no further information available at this stage or any indication of how much the product will cost, but we will be sure to keep a close eye on it.