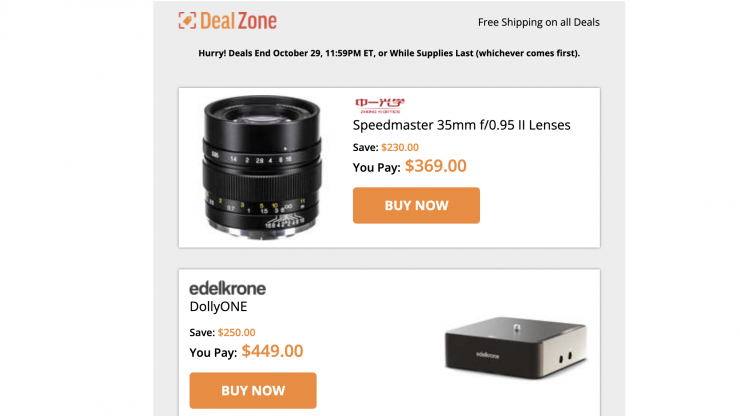 As usual, B&H has some good Daily Deals today that may be of interest to some of our readers.

This lens is available in Sony E, Fuji X, and Canon EF-M mounts.