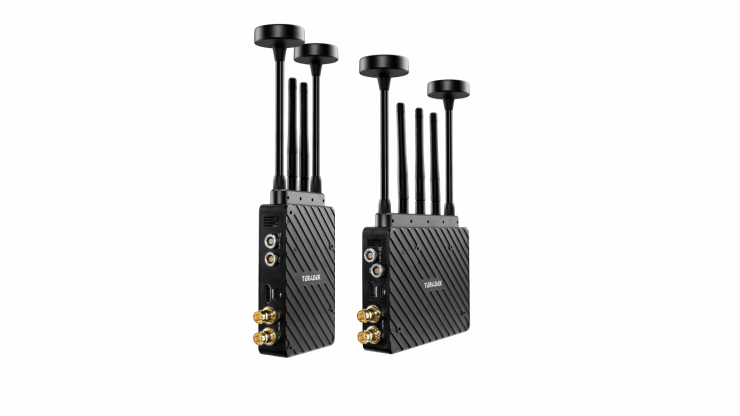 Teradek has announced the Bolt 6 Series, the industry’s first 6GHz zero-delay wireless video solution. They are available in a variety of different versions and configurations with an operating range from 750′ to 1500′.

Every Bolt 6 device will pair with every Bolt 4K device on 5GHz bands, however, a Bolt 6 TX/RX combination is required for 6GHz connectivity.

What is the 6GHz frequency band?

6GHz is a 1200 MHz spectrum from 5,925 to 7,125, whereas, the 5GHz frequency band is a 500 MHz spectrum. Essentially 6GHz was introduced to significantly reduce traffic in the already crowded 2.4Ghz and 5GHZ spectrums.

Now, 6GHz isn’t available everywhere around the world, but quite a few countries have started to open up the 6GHz spectrum for Wi-Fi and unlicensed usage.

Above you can see data from the WiFi Alliance that shows you what countries have adopted 6GHz and what countries are still discussing its implementation.

Wi-Fi traffic is doubling every three years and the 6GHz spectrum is key to dealing with this problem. Wi-Fi networks that have access to the full 6GHz band would be able to support three to four times as many simultaneous users as existing Wi-Fi networks.

With wireless video transmission, you want to operate in frequencies with the least amount of interference and traffic possible, and this is why 6GHz devices make a ton of sense.

The Bolt 6 series can transmit and receive images and audio over the newly-available 6GHz frequency band as well as the industry-standard 5GHz, which dramatically reduces signal congestion in challenging RF environments while remaining fully cross-compatible across all Bolt 4K devices, including the Bolt Manager App for iOS and Android. Every Bolt 6 device will pair with every Bolt 4K device on 5GHz bands, however, a Bolt 6 TX/RX combination is required for 6GHz connectivity.

What models are in the Bolt 6 Series?

Just like the Bolt 4K series, the Bolt 6 Series represents an ecosystem of devices optimized for different user workflows and that is why there are a few different products being introduced:

The Bolt 6 XT offers the most upgrades in the Bolt 6 family, including a redesigned form factor that’s smaller, lighter, cooler, and up to 50% quieter than its Bolt 4K counterpart. Bolt 6 will also feature an integrated 5-pin USB for a more seamless SmallHD camera-control setup.

The Bolt 6 LT fills the same demand for a compact, lightweight solution with a 750–5000+ ft. range as Bolt 4K LT, and is fully-capable of operating on the 12 U-NII 5 channels like the rest of the Bolt 6 line. Bolt 6 LT also comes in an HDMI-only version.

The Bolt 6 Monitor Modules offer ranges of 750–1500′ and integrate seamlessly into SmallHD Smart 7 Series Monitors like their Bolt 4K counterparts.

You can see all of the available kits here.