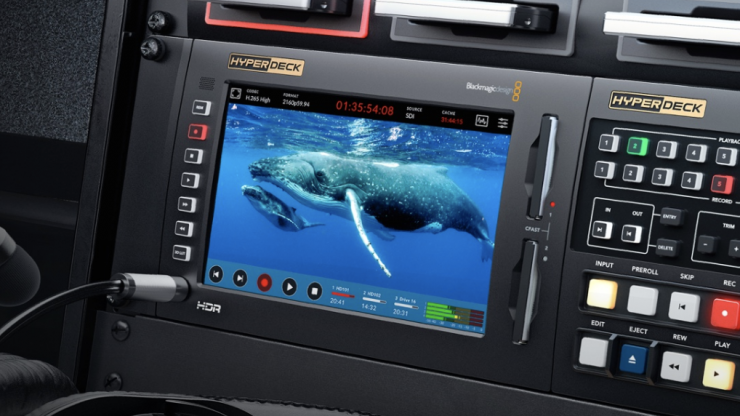 There is also now support for up to 64 channels of PCM or AAC audio. Other new additions include a digital slate for clip metadata and HDR override.

There are no new features in 8.2 for other HyperDeck models.