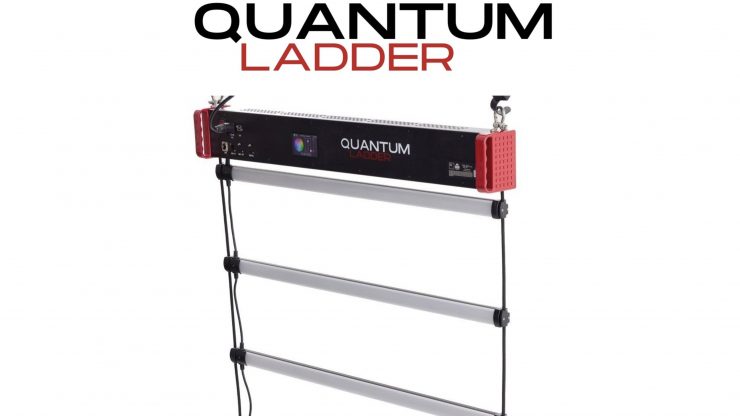 The new Cineo Quantum Ladder is a full RGB lighting source that was designed specifically for the film industry and it is claimed to provide an output of 100,000 lx in a compact and lightweight form factor.

The Quantum Ladder has a CCT range of 2500K to 10,000K and it features +/- G/M control. It has a built-in power supply, touchscreen interface, and it is water-resistant.

This is not an owner/operator fixture and it will be bought by broadcasters, studios, and large production facilities.

With the addition of the touch screen control via the Cineo StageLynx software, the Quantum Ladder is capable of delivering 64 thousand presets and effects that are easy to program. This level of customization makes it possible to create looks and effects that in the past would have involved a lighting console and hours of programming.

Above you can the claimed photometric scores and output of the Quantum Ladder.