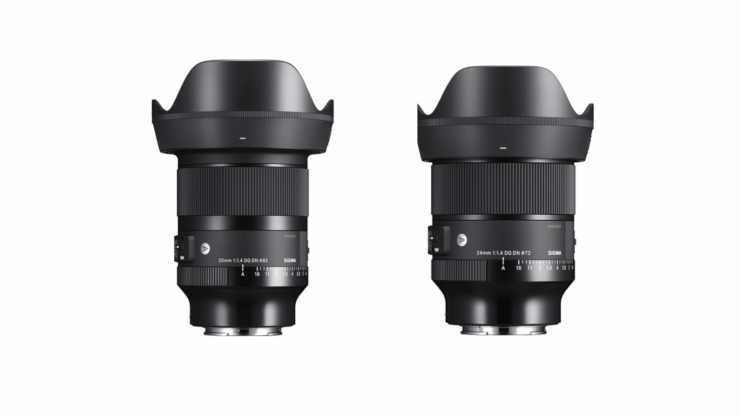 The SIGMA 20mm f/1.4 DG DN Art Lens features a large maximum aperture and wide focal length when used on a full-frame camera. This makes it a good option for use in low-light environments, however, with the very good high ISO performance of a lot of modern-day Sony mirrorless hybrids, having an F1.4 aperture is arguably not as big of an advantage as it used to be.

The lens features a new Manual Focus Lock (MFL) switch that disables the focus ring as well as the ability to accept 82mm front filters. SIGMA has also given the lens a rear filter holder, which accommodates sheet filters for various creative effects.

The optical design of the lens consists of 17 glass elements arranged in 15 groups, including two SLD, three aspherical glass elements, and the largest class double-sided aspherical glass element in SIGMA’s history. The 20mm is also claimed to suppress various optical aberrations such as sagittal coma flare or image distortion to produce highly-detailed images with exceptional sharpness and accuracy from the center to the furthest corners.

The SIGMA 24mm F1.4 DG DN ART‘s optical design consists of 17 elements in 14 groups, including two FLD, one SLD and four aspherical glass elements. The successful suppression of optical aberrations such as sagittal coma flare. The use of Super Multi-Layer Coating and Nano Porous Coating (NPC) is claimed to allow the 24mm F1.4 DG DN | Art to render clean and accurate images in any situation.

Just like the 20mm F1.4, it also has a Manual Focus Lock (MFL) switch that disables the focus ring. There is an aperture ring click switch, aperture lock switch, and a lens hood.