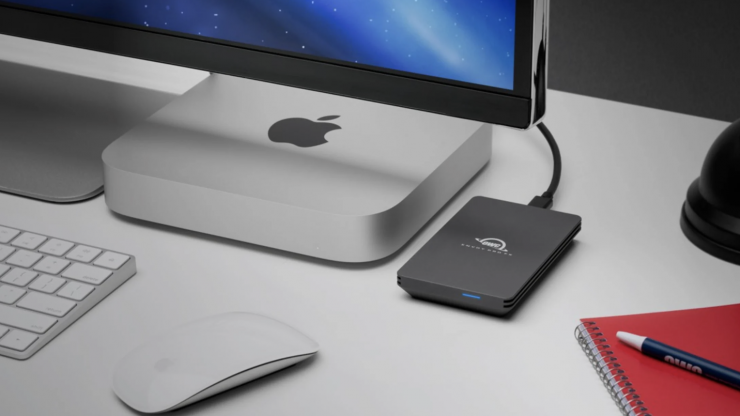 The OWC Envoy Pro FX is now available in a 4TB version. I previously reviewed the 1TB version and you can see that review here.

The OWC Envoy Pro FX is a portable SSD that OWC claims is the first universal Thunderbolt drive to work via USB-C and USB-A. This allows you to plug it into older equipped Thunderbolt and USB  equipped  Macs and PCs and future machines that have Thunderbolt 4 and USB4.

Back to the future

The backward and forward compatibility that this drive offers is a big deal because it makes the drive a lot more versatile than most other SSD options that are out there.

You may well have an older laptop and a newer desktop and they might have different ports. Swapping a drive between the two computers can be a problem especially if you don’t have any adapters to make it work.

With mac and PC compatibility you can transfer gigabytes of data in seconds – up to 2800MB/s.

There are a ton of fast NVMe SSD drives out there on the market, but the OWC Envoy Pro FX’s versatility makes it hard to compare to other SSD drives.

Just on price, below are just a few 4TB NVMe SSD drives with similar read/write speeds that are available.