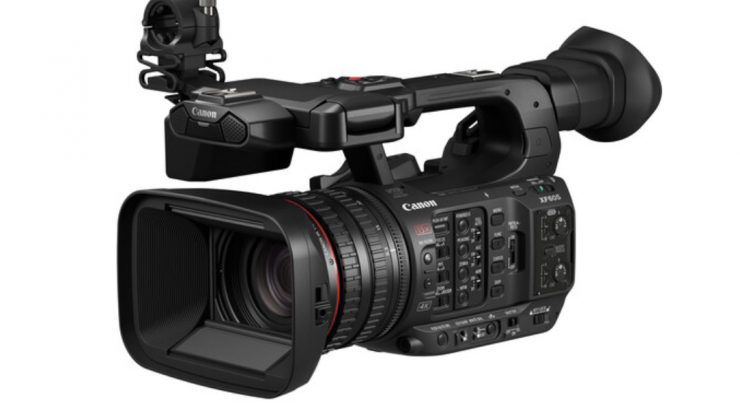 Canon has released firmware v1.0.1 for the XF605. This firmware is a direct result of feedback from users of the camera. The firmware offers greater efficiency for broadcasters, and more versatile shooting options.

With firmware v1.0.1 users of the XF605 can now utilize Face and Eye Detection AF, as well as tracking in both fast and slow-motion shooting. There is also now support for vertical shooting, which was first introduced with the C70. When operating in the vertical shooting mode, the monitor and on-screen menu change orientation.

The firmware also introduces a new 4K Intra 60P/50P recording option alongside XF-AVC Intra 410Mbps. The reason behind this was to offer users a lightweight, high-quality codec that helps to minimize storage costs and speed up file transfer.

Another improvement that has been added is the camera now has the ability to let operators monitor all four audio channels in the on-screen meter display. Users can also select Assignable Button 11 as the record button. Canon has also added a feature that retains the selected shooting mode while switching from standard to Slow and Fast shooting.

To help meet the growing demand for remote and live production, this firmware update adds Canon’s XC protocol, which enables the XF605 to be used along with other compatible Canon products within a multicamera system. Broadcasters can now integrate the XF605 into their set-up and control the ISO, aperture, Custom Picture, and AF of all cameras from a single point.

The XF605 v1.0.1.1 firmware update will be available to download from 22nd August here: