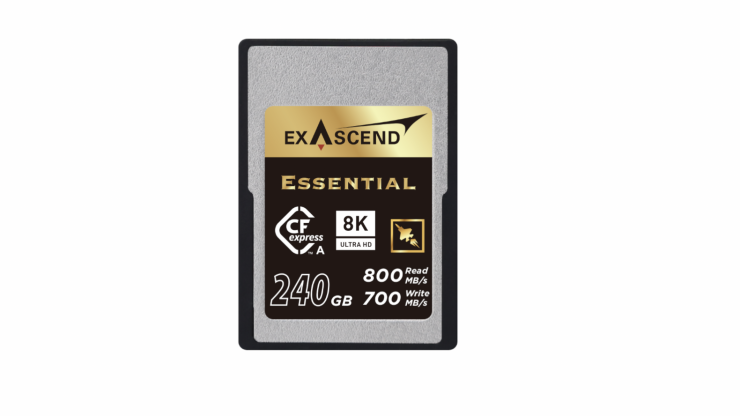 Up until the release of these cards, the highest capacity CFexpress Type A cards on the market were limited to 160GB in capacity.

In some ways, CFexpress Type A is a strange format because there are limitations to the capacities that can be made and only a handful of cameras use this type of media.

The Exascend Essential CFexpress Type A cards are available in capacities of 120GB, 180GB, and 240GB. They have claimed read speeds of 800MB/s and write speeds of up to 700MB/s. This allows them to be able to record 8K RAW at up to 60fps. The sustained write speeds of the cards are claimed to be 550 MB/s.

The new cards also feature Exascend’s brand-new SmartStream technology, a disruptive technology that dynamically scales CPU frequency and performance to cater to the use cases, making SmartStream perfect for maximizing power performance for the CFexpress Type A.

The cards will be available soon for the following prices: