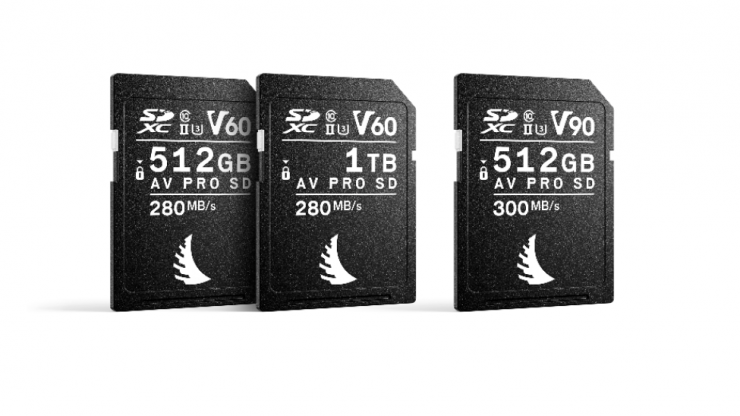 Not only do the newly released larger capacity AV PRO SD MK2 cards have a minimum V60 and V90 speed rating, but they also feature Angelbird’s Stable Stream technology that is said to optimize recording performance throughout the entire capacity of the card (and for the duration of the recording session). Angelbird claims that the minimum sustained write speed of the V60 cards is 140 MB/s (V60) and for the V90 cards, it is 260 MB/s.

Both cards also feature an integrated write-protect switch that prevents accidental file deletion and card formatting, as well as adaptive power management. Adaptive power management essentially is a way in which low power draw and bus-powered components have been designed to place a minimal drain on battery life. The cards are also protected against moisture, x-ray/magnets, shock, and dust.

There are only a few 512GB capacity V90 cards on the market. These are:

As far as I am aware nobody else makes a 1TB V60-rated card. The highest capacity I could find was only 512GB.