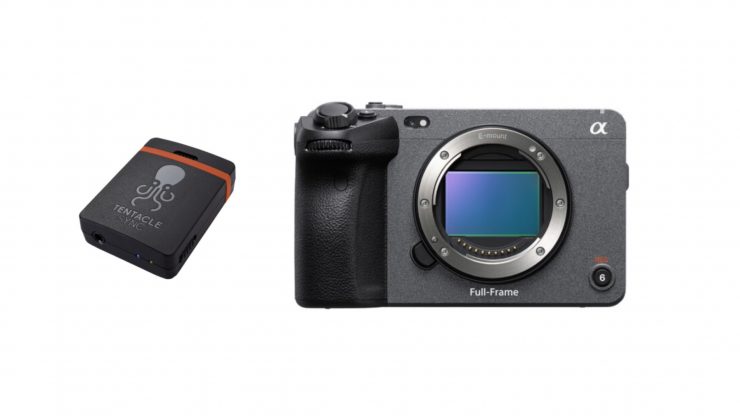 Sony’s description of how the new timecode sync functionality works in firmware Version 2.00 with the FX3 was very vague and it left a lot of people with more questions than answers.

In Version 2.00 firmware for the FX3 gained the ability to input timecode by using a dedicated adaptor cable. The cable needs to be purchased separately and it is called the VMC-BNCM1. The VMC-BNCM1 is 0.2 m (0.6 ft) long and it retails for $169.95 USD. You can match the FX3’s time code with devices equipped with a time code output terminal by connecting the camera and the device. You connect the Multi/Micro USB terminal of the camera to the BNC output terminal of a commercially available BNC cable.

Here is how it works once you have the VMC-BNCM1 adapter cable:

Firstly you need to go to MENU (Shooting) then TC/UB and set Time Code Make to Preset and Time Code Run to Free Run.

You then connect the BNC output terminal of your timecode device or TC out from another camera to the Multi/Micro USB terminal of the camera with the VMC-BNCM1 adapter cable.

What is slightly alarming is that Sony states that the video recording may be off by one frame per hour with respect to the reference time code.