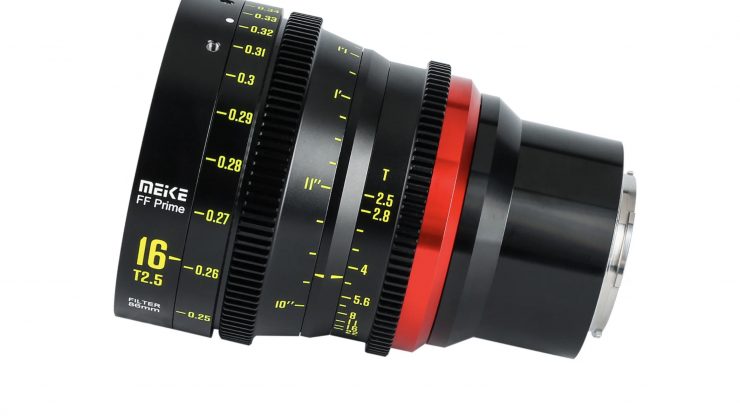 Like all the other lenses in the series, it covers an image circle of 45mm. It is available in either PL, Canon EF, Canon RF, Sony E, or Panasonic L mounts.

The lens features industry-standard 0.8mm pitch gears on the focus and aperture ring. The optical design of the lens consists of sixteen elements in eleven groups, and it has 11 aperture blades.

The minimum focus distance is 30cm / 12″ and the lens tips the scales at 1.1kg-1.185kg depending on the mount choice. The front filter thread is 86mm.

I have reviewed quite a few of the MEIKE lenses over the years and they are solidly made, well-performing lenses that won’t cost you a lot of money.