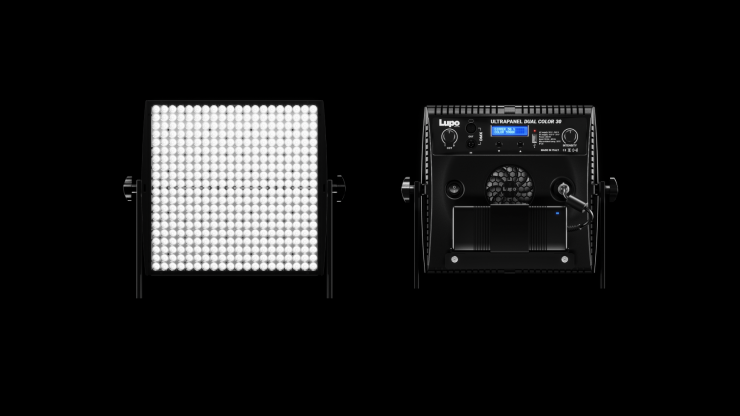 Lupo’s new Ultrapanel range are essentially brighter Superpanels. The Superpanel series were already ridiculously bright, but now Lupo has stepped it up to generate even more output.

Lupo claims that they have double the output of the existing Superpanels. The Ultrapanels are using a new generation of LEDs, however, Lupo is still able to keep the power draw the same as the Superpanels. This means that you can run the Ultrapanel 1×1 versions via a single 14V battery.

Lupo has numerous different versions of the Ultrapanel available:

All of the lights are Kelvin color temperature adjustable from 2800-6500K. Lupo claims that thanks to its exclusive True Color Technology, the Ultrapanels have a perfect color output and do not produce color casts.

Lupo lights have always been known for their high output and the Superpanel series that was first announced back in September 2016 redefined what to expect from a 1×1 sized panel.

So how much output do the new Ultrapanels have? Well, let’s find out.

Now that I have told you how much the claimed output is for the Ultrapanels, let’s look at how big they are and how much they weigh.

All of the new Ultrapanel models work with inexpensive and widely available 14.8V batteries. Lupo offers a range of battery-powered accessories for all Ultrapanel models and all other LED panels and Fresnel LEDs. The lights also feature Bluetooth Long Range, DMX, RDM, and onboard controls.

The Ultrapanel Dual Color series feature a technopolymer body, reinforced with carbon fibre, making them robust and suitable for a wide range of fieldwork. All Lupo lighting products are available with a pole-operated yoke for use in television studios.

The lights don’t come with V-lock plates as standard, but you can purchase kits where Lupo includes a battery, V-lock plate, and a D-tap cable.

The Lupo Ultrapanel’s will be officially announced in the next few months.

Here are the prices: