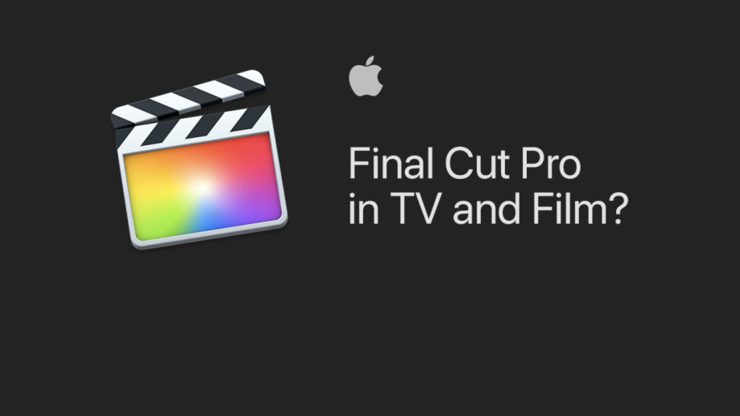 On Tuesday 19th April 2022, a group of over 100 people in TV and film production worldwide sent an open letter to Tim Cook of Apple about Final Cut Pro and some missing features that professional editors feel the software should have. Another concern is the lack of frequent updates.

You can read the entire petition on GoPetiton.com here. Below is the response from Apple.

To the authors of the recent open letter regarding Final Cut Pro in the TV and film industry: the creative community has always been so important to us at Apple, and we’re grateful for your feedback.

There have been many compelling projects created to date with Final Cut Pro — from Hollywood movies and high-profile commercials, to major television shows and impressive work by the biggest names in online content creation.

While we believe we have plans in place to help address your important feature requests, we also recognize the need to build on those efforts and work alongside you to help support your film and TV projects and keep you posted on important updates. This includes taking the following steps:

We would love to work with you to help support your film and TV projects, and we will continue to explore opportunities that allow us to better connect and foster important dialogue with our devoted community of users going forward.

What I find interesting is this is a bit of the second act about Final Cut Pro and professional use. When FCPX was first introduced in 2011, it was heavily panned as unprofessional and was called iMovie Pro. Apple did address many issues over time, but things are creeping back to the not made-for professionals again. One big issue is file/library sharing for larger-scale projects. Collaborating the editing is very common on features, and this can be a huge workaround when you can’t share a project and media with several editors.

A lot of editors love using FCPX. I personally don’t use it very often, mainly because my employer is PC-based, and we use Premiere Pro as our daily driver. Prior to that, we were Mac-based and used FCP 7. We went to Windows PCs because of the lack of development with FCP 7, and once FCPX came out, it wasn’t ready for broadcast at all. The timing was terrible. We needed to update our aging machines. That was when we left Apple behind for PC’s and Premiere Pro.

This story, I’m sure, is familiar all over the world in the professional space. People love FCPX and want to use it in a pro work. Hopefully, Apple will address the concerns and make changes that will give users the features they need to use FCPX. It’s always reassuring to hear they care and are listening.

To bring some fun to the topic, I thought this 2011 Conan skit was very funny when FCPX was first released.