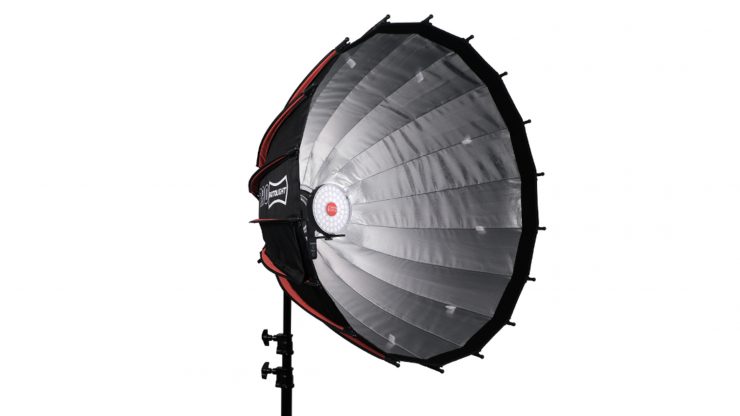 Rotolight has announced a new range of R-90/R-120 Universal Parabolic Softbox Umbrellas that were designed so that users could easily produce beautiful, high quality, soft light.

The Universal Parabolic Softbox Umbrellas are made from a highly durable, highly reflective material. This 16-sided light-shaper is ideal for both location and studio-based environments. Rotolight claims that they produce a soft light output with a crisp edge that lends dimension and focussed detail to the subject whilst producing natural-looking catchlights.

The Rotolight R90s use a quick-release system that allows users to set up the softbox quickly. When combined with Rotolight’s new Universal Bowens/Elinchrom adaptor users can mount any model of Rotolight AEOS or NEO, or alternatively any LED light featuring a 1/4” 20 thread. They could also be used with a range of studio flash and speedlights utilizing Bowens mount.

Both R90 & R120 modifiers are available to pre-order now and they will be shipping in July 2022. they come with a 1-year warranty and are supplied with a honeycomb grid and a carry bag.

Prices are as follows: