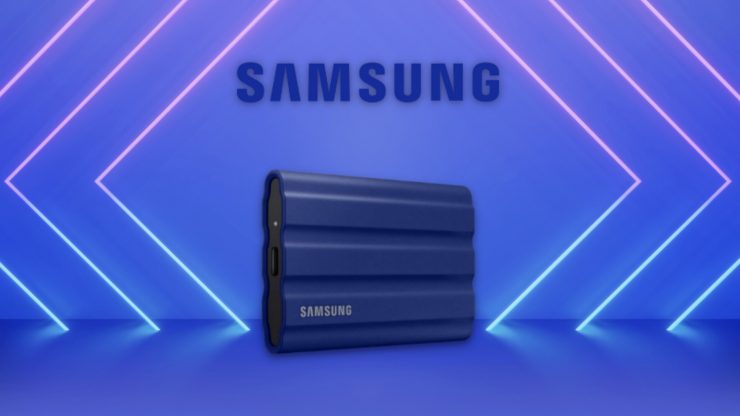 Samsung has announced its new T7 Shield Portable SSDs. These were specifically designed with outdoor use in mind. They are available in 1TB and 2TB versions.

The drives have a rugged exterior with an IP65 rating, which means that they are water and dust-resistant. It also has a drop resistance of up to 9.8′ / 2.98m.

Speed-wise the T7 Shield features read and write speeds of 1050 MB/s and 1000 MB/s, respectively. While this isn’t as fast as a lot of NVMe drives, it is still going to work well for backing up media in the field.

The T7 Shield Portable SSDs are available in a beige, blue, or black finish.

The Samsung T7 Shield Portable SSDs are available now for the following prices: