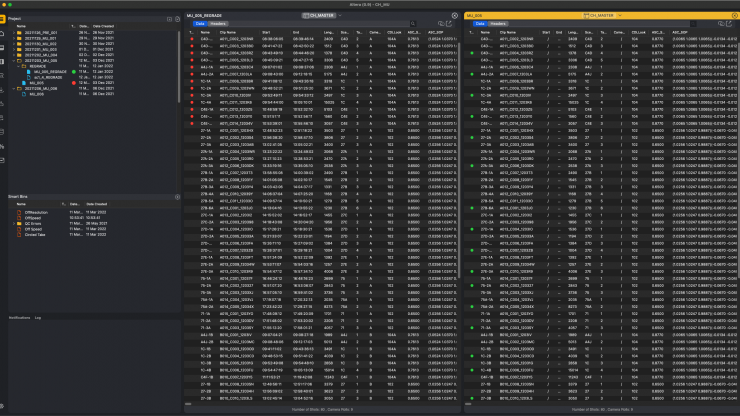 Altera was designed to complement camera footage used by media professionals on-set and in post-production. Created with data wranglers and digital imaging technicians (DIT) in mind, Altera helps to streamline the editing or creation of metadata archive files such as ALE and EDL with tools that accelerate the process and help to minimize costly mistakes.

As production times reduce and the demand for media content increases, on-set production teams are increasingly looking at ways to streamline processes for quicker turnaround times. Editing metadata on-set and in film labs typically involve a manual process of editing spreadsheets that can lead to human errors that trickle throughout the production pipeline. Altera has been production tested over the past year during its beta phase on major productions such as Wrath of Man, House of Gucci, Cyrano, Morbius, Doctor Strange in the Multiverse of Madness, Batgirl and The Marvels.

What can it do?

Users can import metadata from a wide variety of formats and transform and adapt the metadata for any need. You can merge and export to multiple different formats in one go.

This allows users to import reference lookups to take advantage of powerful built-in tools in Altera such as Check and Compare. It also supports a variety of file formats from a simple CSV to more elaborate formats such as MHL, CCC, or AMF. The Database allows you to filter and clean up file data to optimize databases for efficiency.

You can verify data against any imported metadata or database with Check and Compare tools. The easily allows you to pinpoint mismatches in data to fix anomalies.

You can create and export reports in PDF or HTML formats. There is also the ability to customize layouts to suit your production needs.

Altera is now available for macOS. Pricing per user starts at £20 per month or £149 per year. Altera will be available for demos on stand 244 at BSC Expo 2022.