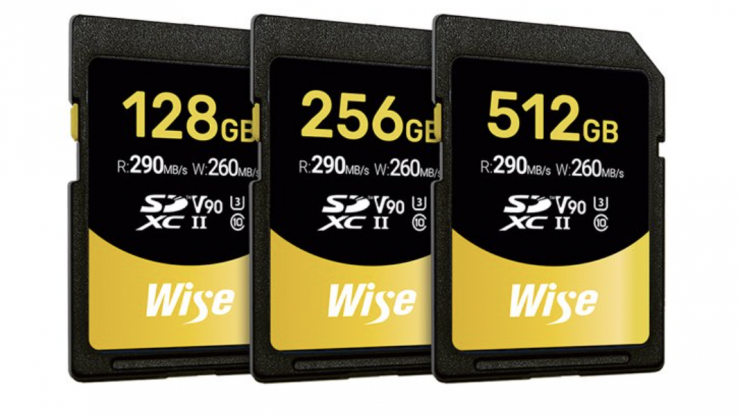 By taking advantage of newer chips, software and 3D NAND flash memory, Wise has been able to increase the maximum capacity to 512GB, which is 4x times larger than the original model. All cards, including the 512GB card are able to support minimum sustained writes of 90 MB/s.

It is interesting to see that Wise hasn’t put a lot of resources into developing the newer SD Express cards, but I think that is primarily because there is very little demand for those cards at the present time. Even with a lot of cameras transitioning to CFexpress Type B cards, there is still clearly a demand for V90 SDXC UHS-II memory cards. SD cards are still likely to dominate the market over the next few years and it is interesting to see that companies like Apple still put a built-in SD UHS-II slot in the latest MacBook Pro and MacStudio models.

The Wise SD-N series V90 SD UHS-II memory cards are expected to be available in mid-April 2022. Below are the prices: