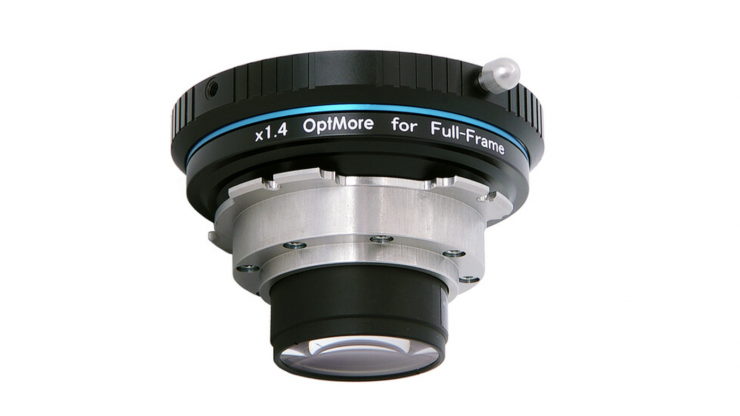 The Musashi Optical System OptMore TL-FFX14 Large Format 1.4x Extender joins the FFX2 2x Extender that was announced towards the end of last year. This is a PL-PL 1.4x extender that has been designed for full-frame/large format sensor cinema cameras. It will cover an image circle of 46.3mm and sensor sizes of up to 40.91 x 21.60mm.

Musashi-Opt states that the 1.4x extender utilizes a system of AR multi-coated optics that are claimed to help lenses maintain the highest level of image quality. You will lose 1 stop of light when using the 1.4x extender.

The body of the TL-FFX14 is made out of anodized aluminum while both PL mounts are stainless steel.

​Please be aware that most PL-PL 2x and 1.4x extenders won’t work with every single lens, and that includes this one. It is interesting to see that Musashi-Opt did not make a version with an LPL mount.

The Musashi Optical System OptMore TL-FFX14 Large Format 1.4x Extender retails for $5,500 USD and it is now available to order.