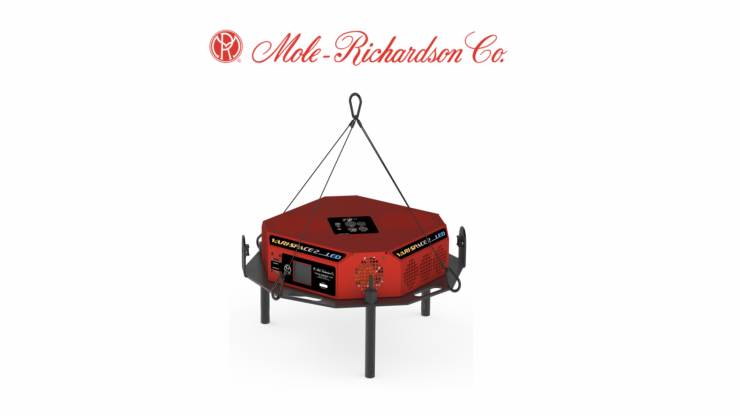 The fixture has a 2.8” LCD touch-screen and a twist and push selector. There is also Bluetooth connectivity via the Mole-Richardson iOS App, and the light is firmware upgradeable.