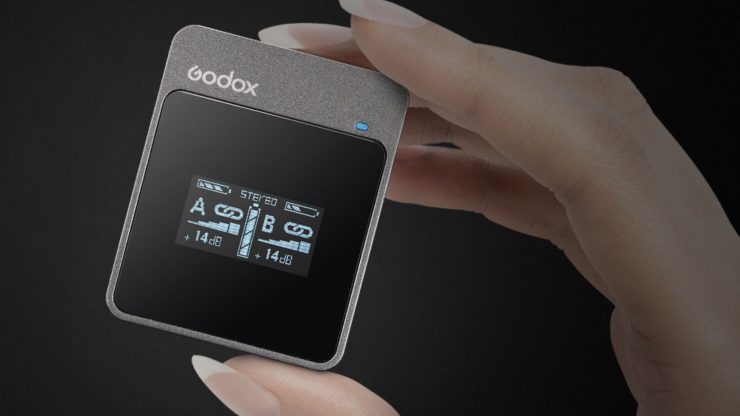 The Godox MoveLink LT1 is yet another budget-priced 2.4GHz compact digital wireless system for smartphones and tablets that feature a Lightning connector.

The MoveLink LT1 wireless microphone system, like so many other similar options, is targeting Vloggers, Tiktok creators, YouTubers, and video journalists.

The system has a claimed operating range of 164′ / 49.98m. The MoveLink LT1 includes one or two clip-on transmitters with an integrated microphone, a lavalier microphone, a wind cap, and a smartphone-compatible receiver with a Lightning connector.

The on-board microphone features an omnidirectional microphone so you can clip the transmitter directly onto your subject if need be.

The LT1 system uses digital frequency hopping technology in the 2.4 GHz bandwidth system. The 2-channel receiver can be plugged into compatible iOS devices with Lightning ports, providing a cableless connection. This allows you to record up to two subjects simultaneously in either mono or stereo modes.

The transmitter has a built-in lithium battery that can be recharged and operates for up to 6 hours at a time. An included USB Type-C cable can charge the transmitter, and a carry pouch allows you to store and travel with the system.

The Godox MoveLink LT1 Compact Digital Wireless Microphone System retails for $169 USD for the single TX unit system, and $218 USD for the system that comes with two TX units.