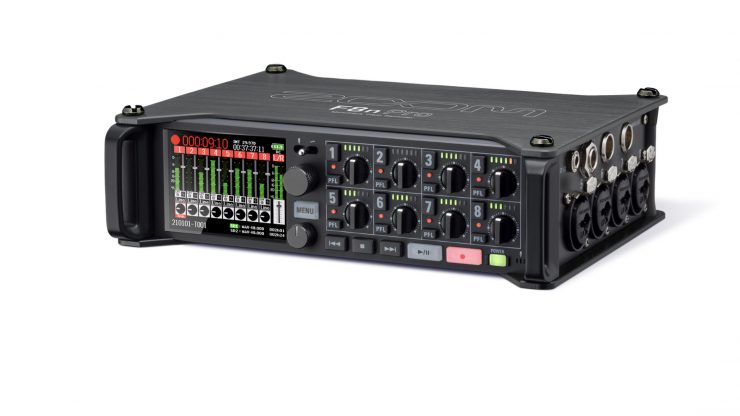 ZOOM has announced its new F8n Pro, a dual AD, and 32-bit float 8 channel field recorder. This looks like a very capable and well-featured mixer/recorder.

The input signals can be recorded in the 32-bit float WAV format. The combination of dual AD converters and 32-bit float recording enables audio recording without gain adjustment and without sound distortion.

The F8n Pro has 8 channel inputs and the ability to record up to 10 tracks of audio.

It has onboard BNC timecode in/out and it can be powered via 8 AA batteries, an external DC power supply, or via a 12V AC adapter.

The F8n Pro can also be used as an 8-in / 4-out USB audio interface that supports 32-bit float.

As far as what media it uses, the ZOOM F8n Pro features two SD card slots and it can take SD cards up to 1TB in size. What is interesting is that if you have the recorder/mixer hooked up to a computer you can record the audio to your computer via the USB output while simultaneously recording to the SD cards.

The ZOOM F8n Pro is currently only available in Japan and the price here is listed as ¥148,000 (around $1,280 USD). The first batch quickly sold out and now they are on backorder.