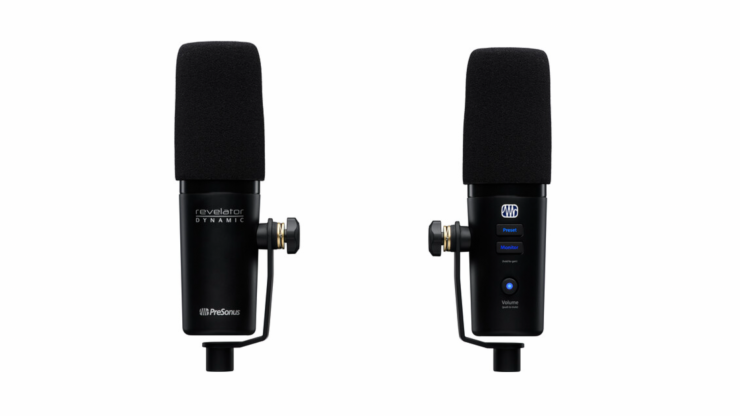 The PreSonus Revelator Dynamic USB Microphone combines the custom-built capsule from their PD-70 dynamic mic and the feature set of the Revelator condenser mic. It has been designed as an all-in-one USB microphone, sound processing, and audio interface solution for live streamers, podcast hosts, vocalists, and gamers who record in rooms that lack professional acoustic treatment.

The custom-built capsule in the PreSonus Revelator Dynamic is the same one found in their PD-70 microphone. It was made to capture your voice cleanly and clearly while eliminating handling noise and breathiness. The mic’s off-axis rejection allows you to use it in just about any space knowing that the mic will reduce unwanted reverberance, electrical hum, and unwanted background noises.

PreSonus includes eight professionally crafted presets as well as the option to record your vocals fully processed, meaning less work in postproduction. You can open Universal Control to find all the studio tools you need to create a preset.

Revelator Dynamic’s simple mixer makes it easy to add backing tracks to your livestream performance or to a conference call. With two dedicated stereo channels just for loopback audio on both macOS and Windows, you can mix and record the audio from two different applications along with your voice, all at the same time.

There is a high-powered headphone amp and you can connect your headphones to the 3.5mm headphone jack and adjust the volume as needed.

The Revelator Dynamic comes with an extendable desktop mic stand, as well as Studio One Artist software. Studio Magic Software Suite is a collection of world-class sound libraries, instruments, effects, and tutorials for use with nearly any recording software.