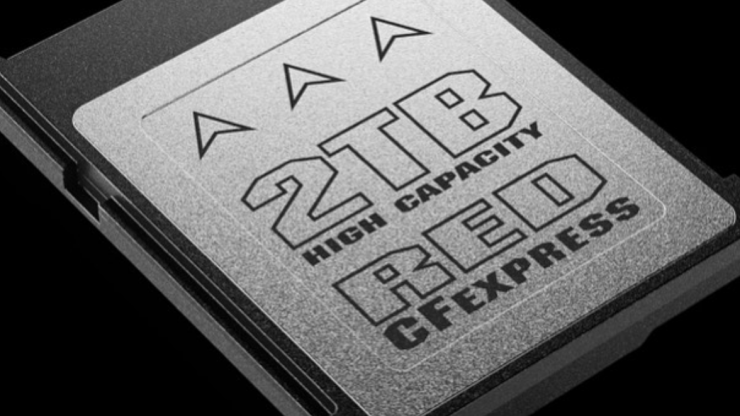 RED has added a new 2TB high capacity CFexpress Type B card to its lineup of recording media for the V-RAPTOR.

What you might find a little strange is that the 2TB card retails for $959.99 USD which is exactly the same price as the RED DIGITAL CINEMA PRO 660GB CFexpress 2.0 Type-B Card.

Here is what RED states as to what is the difference is between the two cards:

660GB High Endurance– This 660GB card has the same underlying hardware (as the 2TB option) but achieves a further extended lifetime by running in an overprovisioned mode.

Both of these cards are actually made in collaboration with Angelbird. Angelbird provides free data recovery services for these cards on both hard- and software.