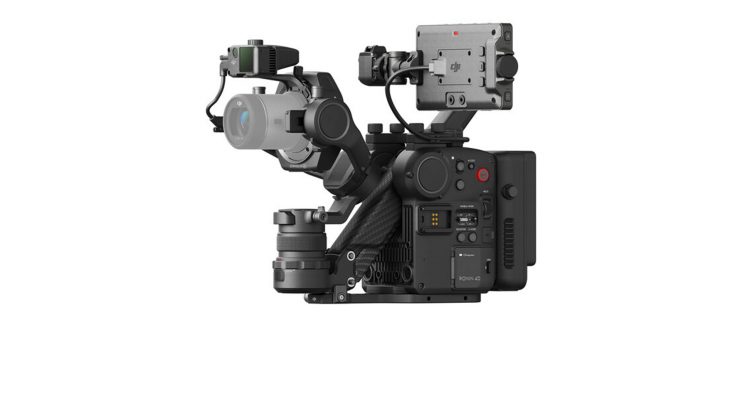 DJI has removed Apple ProRes RAW from the Ronin 4D and replaced it with ProRes 4444 XQ. Why this is the case is not clear; however, we are all familiar with patents, and RED has one for internal RAW recording.

Blackmagic Design has been able to successfully include BRAW internally in most of its cameras, but that is because they do some of the debayering in the camera. It doesn’t come as a huge shock that DJI has made this announcement. Kinefinity also had to remove ProRes RAW from its MAVO EDGE 8K camera for probably the same reason.

What this potentially means for the Nikon Z9 will also be interesting to see. Nikon is using a totally different internal RAW format and whether or not that will come to fruition is still unknown.

Some other changes have been made, such as the Remote Monitor will now have a Mirror Control Mode that will view and control the main monitor on the camera.

Also, a clean video stream over HDMI and SDI ports on the remote monitor expansion plate, plus supports automatic calibration for some third-party auto lenses to work with the LiDAR focusing system.

The removal of ProRes RAW will give some potential buyers pause as the feature is a big one since recording in the format internally isn’t possible without an Atomos recorder and that ads bulk to a camera package. DJI will have a firmware update later in 2022 that will add ProRes 4444 XQ. This codec will also increase the file sizes. RAW could come back at a later date since the firmware can be updated.

Does the withdrawal of RAW change your mind about purchasing the Ronin 4D?