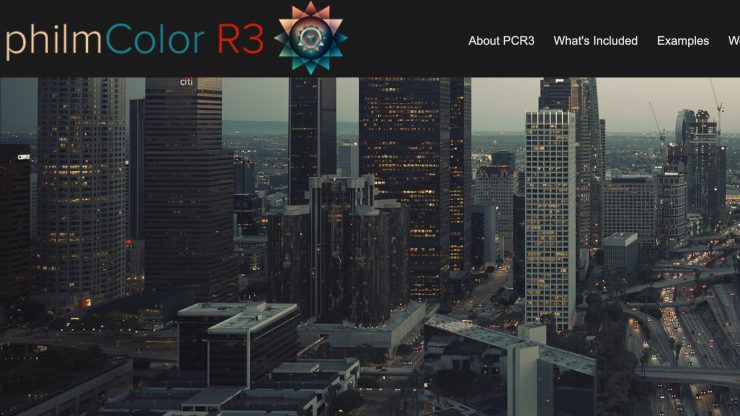 Phil Holland has released philmColor R3. You may recall that we ran an article on the original philmColor back in 2017. philmColor was originally made specifically for use with RED cameras, however, this new release places an emphasis on cross-camera compatibility.

philmColor is an expansive collection of LUTs built around the RED IPP2 Color Workflow. The LUTs range from creative looks to useful tools for colorists in post. According to Phil, thousands of productions have used these LUTs on set and in post.

Phil’s goal was to produce digital stocks useful to the modern filmmaker that will work with a variety of lighting conditions and exposure methods. At key, under key, high key, or ETTR exposure methods are claimed to work very well with these LUTs.

philmColor can be used with other cameras by transforming your incoming footage into the REDWideGamutRGB Color Space and Log3G10 Gamma.

In philmColor 3 you get a total of 540 new LUTs as well as the previous 178 from philmColor R2.

philmColor R3’s LUTs were created to be used as a RED IPP2 grading toolbox and suite.

There is a ton of information over on the phfx website if you want to find out more.

philmColor 3 is a free upgrade for existing owners of philmColor2. If you are buying from scratch, philColor 3 costs $300 USD.