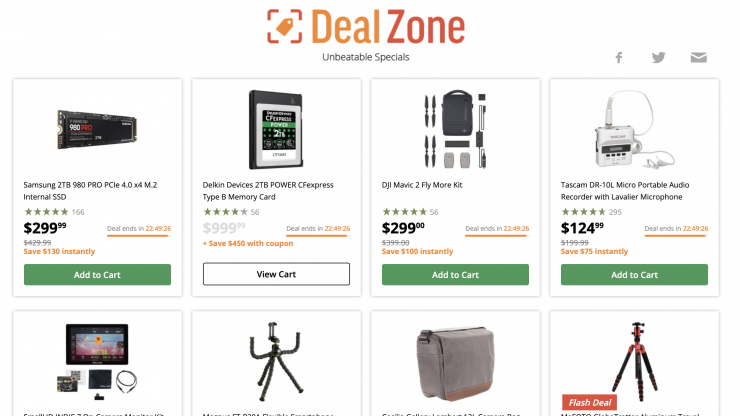 There are a couple of good deals today at B&H that may interest some of our readers.

The Tascam DR-10L Micro Portable Audio Recorder with Lavalier Microphone (White) is on sale for $124.99 USD which is a saving of $75 USD.