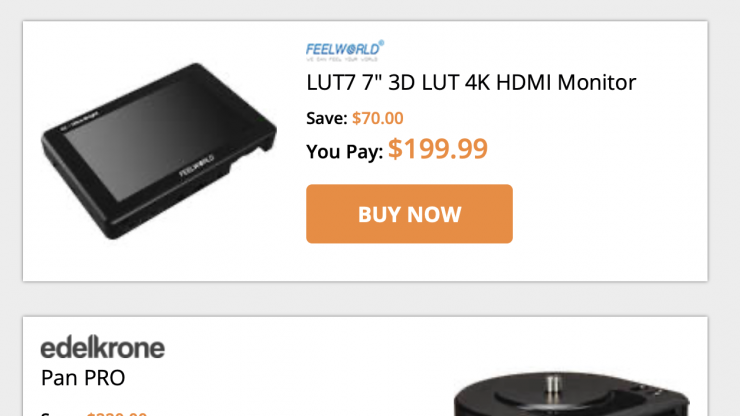 There are a couple of items that may be of interest to our readers in today’s B&H Deal Zone. Here are those deals:

The Feelworld LUT7 is a decent budget monitor that can be used outdoors.