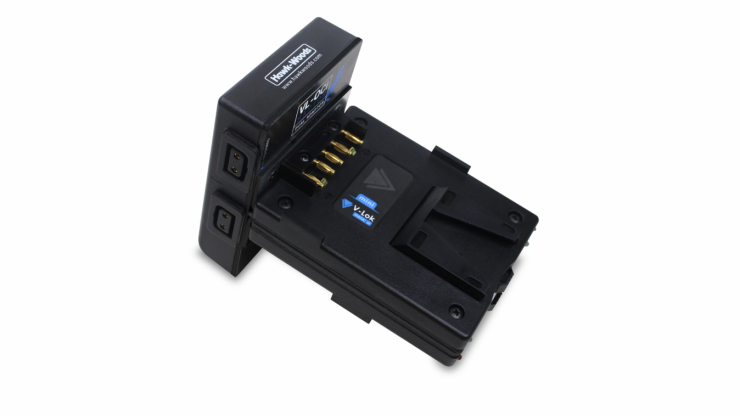 The VL-OCI allows the use of two Mini V-Lok batteries in parallel and provides 2x Power-Con (D-Tap) outputs 11-17v. When used with Hawkwoods VL-M98D or VL-M150D batteries you will also get the benefit of two power-con (D-Tap) outputs.

The internal software monitors the battery’s voltages and equipment current draw providing a two-way LED system allowing the user to see when a hot-swap is possible.