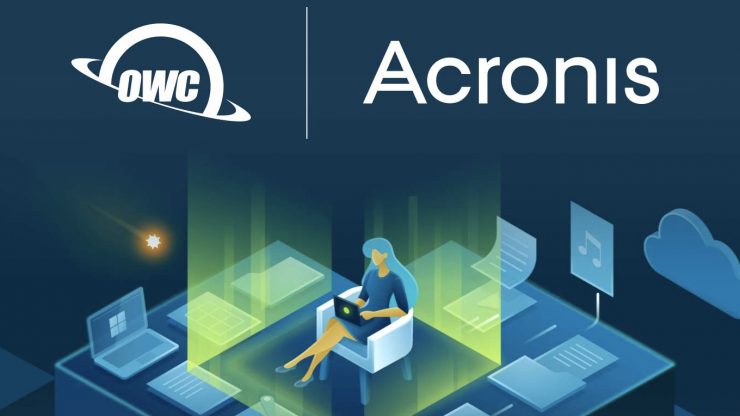 There is a tendency for Mac users to think that because they have a Mac they don’t need to have any additional virus protection. That may have been true in the past, but it isn’t anymore.

Acronis was created to help avoid the cost and complexity of managing multiple tools. It allows you to backup and protect photos, files, applications, systems, virtual machines, and devices through an easy-to-use interface. It will stop any threat from disk failure to lost/ stolen devices to the latest cyberattacks.

Everyone knows that backup is an important part of owning any computer. The best bet is to have both local and off-site or cloud-based storage.
With Acronis it is basically a set and forget system, however, if you want to make your own changes you can tinker away with an easy-to-use interface and the ability to work with local and off-site backups.

Acronis makes it easy to survive nearly any data catastrophe be it fire, theft, or drive failure. You simply make 3 copies of your data. 2 on-site local backups and 1 off- site. Cloud backups are great, but they aren’t the be-all and end-all solution when it comes to backing up your critical data. The problem with most cloud backups is that most people need to back up a ton of data and that is often limited with cloud services. You also want to restore that data backup as quickly as possible and cloud downloads can be super slow. Nothing is faster than a local backup drive.

Viruses attacks, ransomware money demands, and cryptojacking are increasing at a rapid rate. Acronis protects your computer so you can focus on your work instead of worrying about your personal information.

Cloud backups are an important part of any critical data backup plan.
Cloud backups protect you from on-site disasters like fire, tornadoes, hurricanes, backup drive obliteration, drink and liquid spills, and theft. Should a disaster strike you can restore your files from the cloud and you’re back up and running. Yes, there are always going to be data limits with Cloud storage, so at the very least, it is best practice to backup your most critical files with Cloud storage.

OWC is offering Acronis backup + virus protection for $19 USD, which is 62% off the usual price.