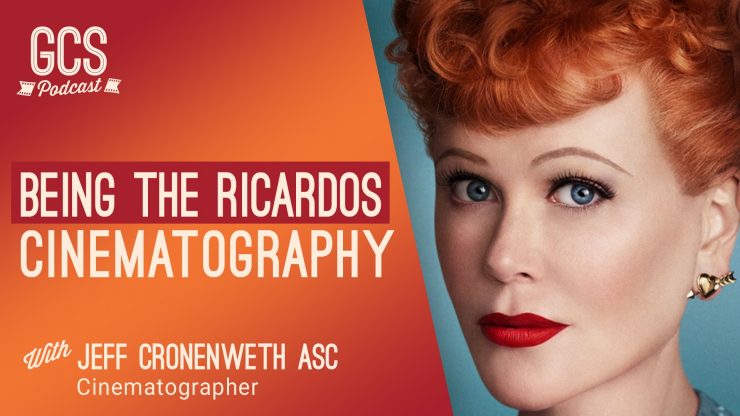 On the latest Go Creative Show podcast, cinematographer Jeff Cronenweth ASC talks about working on Aaron Sorkin’s BEING THE RICARDOS. This is a masterful retelling of Lucille Ball and Desi Arnaz’s life on and off camera.

Jeff shares what camera, lighting, and lenses he used to recreate vintage Hollywood and the iconic I Love Lucy stage.

Jeff and Go Creative Show host, Ben Consoli, discuss bringing energy to dialogue scenes through blocking and camera movement, breaking down some of the scenes in the film, and the lenses and filtration used.