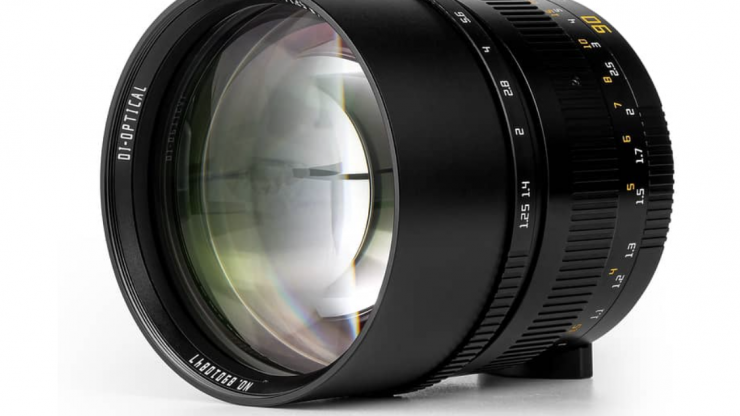 This all-manual operation lens doesn’t feature a clickless aperture and that is something you need to be aware of if you plan on using it for video.

According to TTArtisan, the lens features 4 sets of Achromatic Doublets that are claimed to help minimize chromatic aberration while maintaining resolution performance. The optical design of the lens consists of 11 elements in 7 groups. It also has 10 aperture blades.

The 90mm f/1.25 also features a detachable and reversible lens hood design.
There is also a tripod mounting hole on the bottom of the lens.

As you would expect for a range finder lens, it supports the macular focusing of Leica/Voigtlander/Minolta and other paraxial m-port cameras.