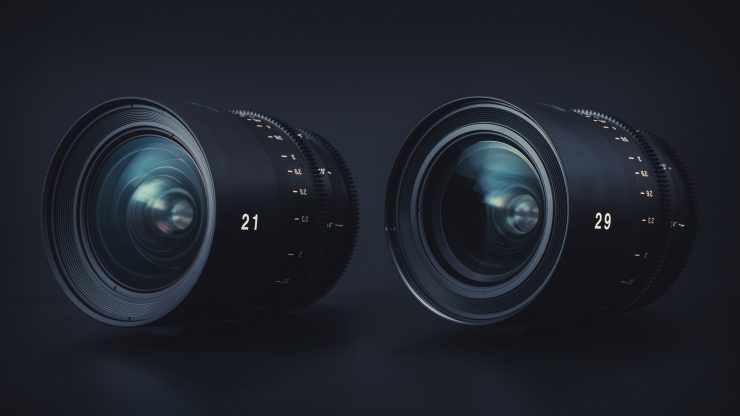 Tokina Cinema has announced the development of two new lenses in the Vista Prime range that will be available in 2022. The 21mm T1.5 and 29mm T1.5 Vista Primes will round out the line to complete an 11 lens set. This is a very comprehensive set of lenses and there are not that many manufacturers out there that offer this many lenses in a set.

As the industry continues to adapt to cinema cameras with Vistavision and larger sized sensors, cameras like the RED V-Raptor, ARRI Alexa Mini LF, Canon C500 MKII, Sony Venice and FX9 are now being used regularly with Vista Primes on high-level productions. The Tokina Vista primes have earned an excellent reputation for creating elegant and highly detailed images and have been used on shows such as Ted Lasso (Apple TV), The Wilds (Amazon Prime), Vigil (BBC), and others.

Many DPs have requested intermediate wider focal lengths to supplement the existing range. That is why Tokina Cinema has announced the development of the new 21mm T1.5 and 29mm T1.5 Vista Primes.

The lenses are in late-stage development with prototypes already being used on productions. The full technical details of both new lenses are yet to be disclosed. As with the other lenses in the set, distortion and chromatic aberration will be well-controlled. They have been designed to exhibit minimal focus breathing and exhibit soft pleasing flare and a gentle roll-off from subject to background.