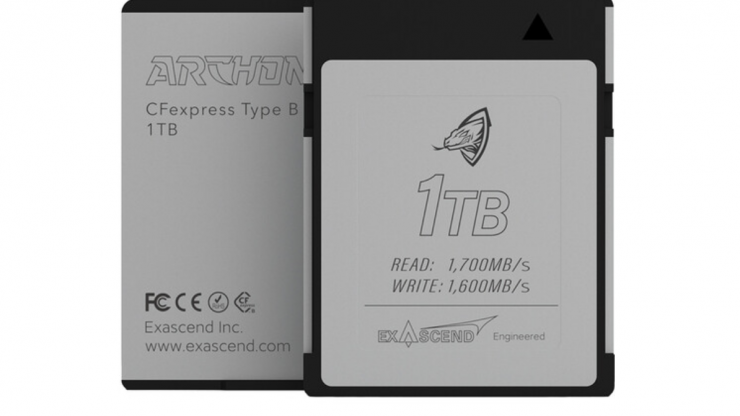 This card was made specifically with the RED V-Raptor in mind and it has been certified by RED.

If you are not familiar with Exascend, they are a Taiwanese service-oriented provider of innovative standard and custom storage solutions specialized in low-power, high-performance, and high-reliability products. The company has been awarded more than 45 U.S. and worldwide patents on storage-related technologies.

There actually aren’t that many options available when it comes to CFexpress Type B cards that have a 1TB capacity.

The card is suitable for capturing 8K RAW video, RAW photos, and continuous image bursts, the 1TB Exascend/Archon CFexpress 2.0 Type B Memory Card from Vaxis features maximum read speeds of up to 1700 MB/s and maximum write speeds of up to 1600 MB/s.

It has been built with protection against ESD and overloads, shock and vibration resistance, and is able to withstand temperatures extremes. Also featured is EDC and ECC data reliability.

The Exascend Archon 1TB CFexpress 2.0 Type B Memory Card should be available shortly for $1,199 USD.

This price does make the card quite expensive compared to other 1TB options that are on the market, but if you are using a camera like the V-Raptor for important projects, then I would be using certified media.