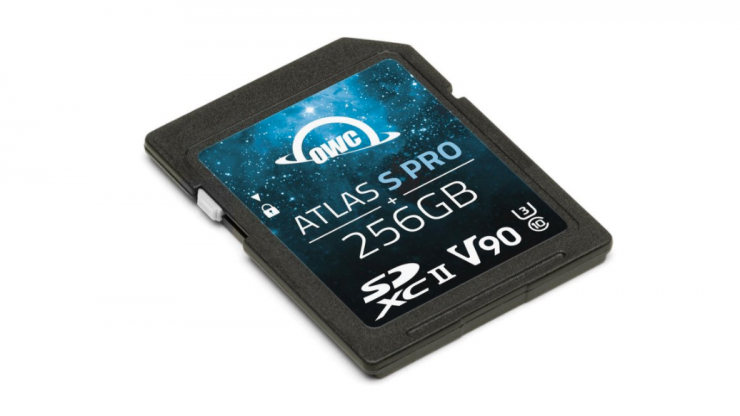 If you are after a V90 rated SD card, then the OWC ATLAS S PRO SDXC UHS-II V90 Media Cards may well be worth looking at.

The OWC ATLAS S PRO cards come in capacities of 32GB, 64GB, 128GB, and 256GB. OWC claims that the cards have up to 276MB/s write and up to 290MB/s read consistent performance over the card’s entire capacity.

The OWC Atlas S Pro cards can be used in the following temperatures:

They are also able to endure the toughest of environmental challenges including x-rays, UV rays, shocks, and drops.