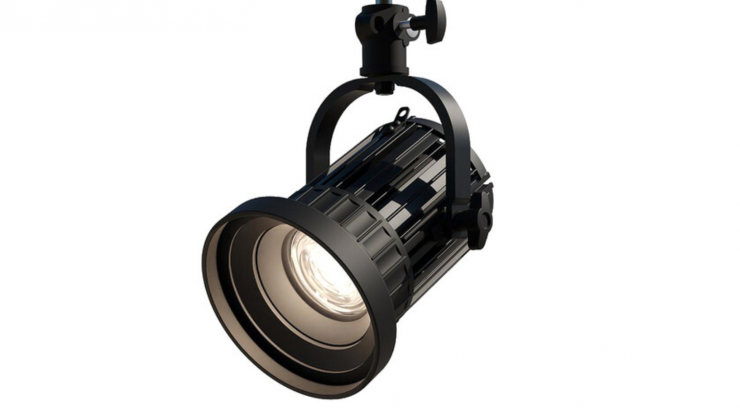 BB&S has added the Compact Bicolor Fresnel to its family of Compact Beamlight LED studio fixtures.

The fixture features a genuine curved glass 90mm Fresnel lens that is said to ensure an even field distribution in addition to excellent shadow rendering. The light’s zooming capability is operated via BBS’ smart ring-controlled focus system with a range of 11-52 degrees.

The Compact Bicolor Fresnel outputs a hard-shadow beam that fades from 100% at the center to 50% at the edges. This makes it suitable for mixing and overlapping with other lights while eliminating blinding glare.

The fixture tips the scales at 3.5-lb / 1.6kg so it is light enough to take just about anywhere. The light offers silent operation thanks to a highly efficient heat dissipation rear section that eliminates the usual cooling fan system.

The light can be operated via the BB&S 4-Way Controller that can provide DMX 512/RDM to two fixtures simultaneously. The range of power options includes a 40W Driver/Dimmer with D-Tap cable (battery operation), 65W PSU (any voltage worldwide 110-270V), and a locking AC cable.

The new Fresnel is fully compatible with BB&S’ other studio fixtures including Compact Beamlights and Pipelines (same 4-Way Controller), and the Area 48 range, as well as the BB&S Tracklight system which offers adapters for DMX or BTE Mesh control.

The BB&S Compact Bicolor Fresnel retails for $650 USD. It comes with an adjustable yoke-mounted TVMP and 2-meter cable mounted with a 4pin XLR male connector.