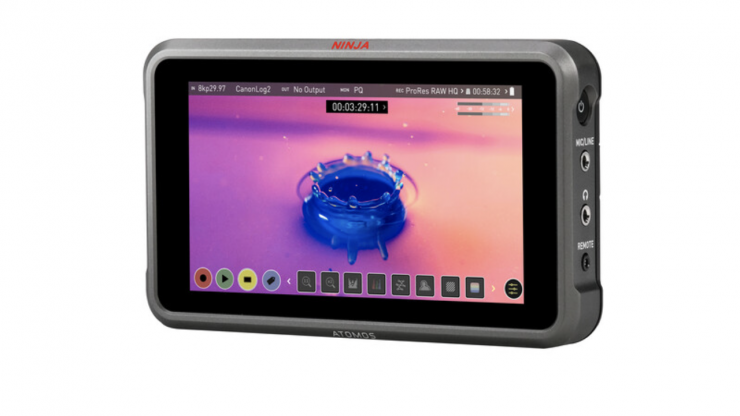 Atomos has released the AtomOS 10.71 update for the Ninja V and Ninja V+ monitor-recorders. This new update adds ProRes RAW format recording options for the legacy Sony FS series, as well as the Canon EOS R5 and the Panasonic LUMIX BS1H.

The AtomOS update also includes brand new features for the AtomX CAST and compatibility with the NINJA V+.

The Canon EOS R5 with the Atomos NINJA V can capture up to 5K RAW. The EOS R5 and Ninja V+ can capture 8K ProRes RAW.

Atomos is also releasing an update to the AtomX CAST. New features include compatibility with the NINJA V+, picture overlays, Picture-in-Picture (PiP) recording and a dip to black/white transition. The ability to record both the clean program feed or record with TX graphics, PiP, and transitions directly to SSD