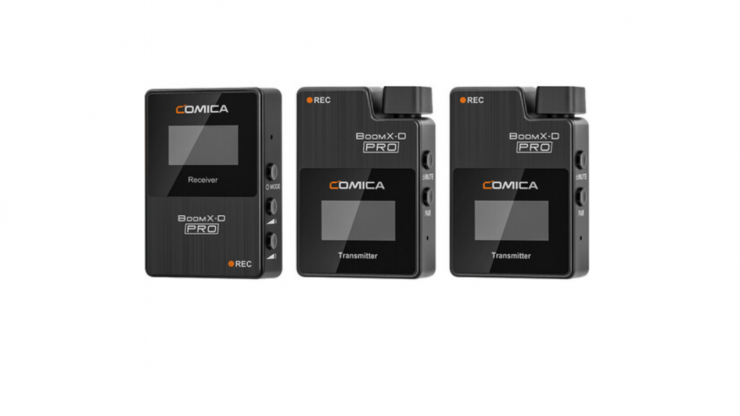 Comica has announced the BoomX-D Pro Mini 2.4G Dual-Channel On-Board Recording Wireless Microphone. Comica claims that the mic is suitable for Vloggers, YouTubers, cinematographers, and filmmakers. It can be used with smartphones, computers, and cameras.

The Comica Audio BoomX-D PRO mini 2.4G dual-channel on-board recording wireless microphone has a claimed operating range of 100m (328 feet). It is based on the existing BoomX-D, however, the BoomX-D PRO features new professional features including onboard recording with 8GB of internal memory. There is also a safety channel to record at -6dB as well as digital and analog output modes.

The microphone has one-button for starting and stopping recordings.
Files can be offloaded via the USB-C interface. It also features digital and analog output modes, which means it can be used with cameras, smartphones, and computers. The microphone can automatically identify what device it is connected to. It is compatible with 3.5mm and USB interface devices.

There are Visual Power, Audio Dynamic Monitor, and other display functions, as well as two input modes for internal and external mics.