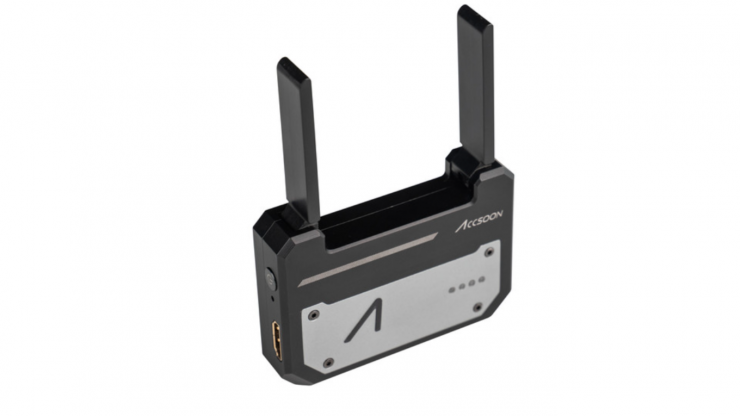 B&H has the Accsoon CineEye Wireless Video Transmitter on sale for $149 USD. It normally retails for $249 USD. This is a daily deal on B&H and is only valid for less than 24 hours.

If you are not familiar with the Accsoon CineEye it is capable of transmitting an HDMI from a camera or other device that then can be viewed on a smartphone or tablet using a free app.

Please be aware that this is the original version and not the updated CineEye 2 which retails for $249 USD.

The CineEye accepts up to a 1080p60 HDMI signal via a full-size HDMI port, and it wirelessly transmits the signal to up to four separate iOS/Android mobile devices at the same time. The signal is sent over 5 GHz Wi-Fi up to 328′ line of sight with a reasonably low latency. The companion CineEye iOS/Android app provides features such as false color, peaking, zebra, and histogram, as well as .cube format 3D LUT support CineEye runs on a built-in battery for approximately four hours and is rechargeable via a standard 5V/2A USB charger, not included.

The 5 GHz Wi-Fi signal is more resistant to interference than standard Wi-Fi, so Wi-Fi reliability is at its optimal with CineEye.