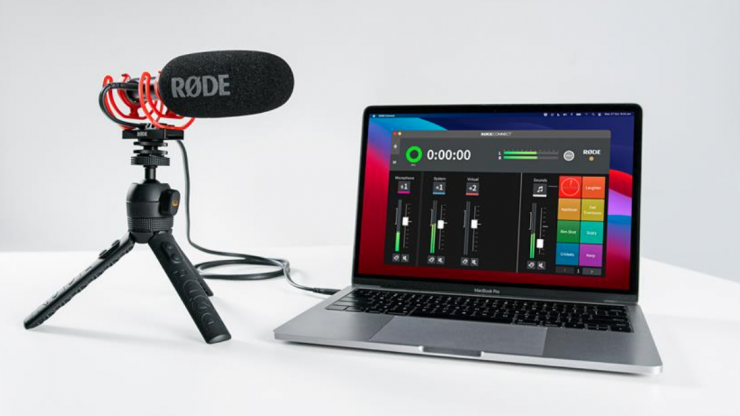 RØDE has released another update for RØDE Connect. Version 1.3 adds compatibility with the VideoMic NTG. This is the first shotgun microphone that has been made compatible with the software. The VideoMic NTG is a good solution for use on a desktop stand or studio arm for both podcasting and streaming.

If you are not familiar with RØDE Connect, it is a is software solution for recording professional-quality podcasts and livestreams. It allows up to four RØDE microphones to be connected to a single computer. It features a digital mixer complete with level controls, solo and mute button, and one-click access to studio-quality audio processors. It also offers expansive features for both podcasters and streamers, including customizable sound pads and virtual channels

This is the third RØDE product to be made compatible with RØDE Connect, joining the NT-USB Mini and Wireless GO II.

To coincide with this update, RØDE has also released the WS-Chroma, a set of green and blue windshields for the VideoMic NTG. The colored foam enables the microphone to be placed overhead for optimal sound quality then chroma keyed out of the shot.

Version 1.3 of RØDE Connect is available to download from rode.com/rode-connect. The WS-Chroma is shipping worldwide now.